Mpingo seedlings above, planted at the Moshi Mpingo Plot, are just emerging from the ground.

The African Blackwood Conservation Project was founded in 1996 by Sebastian Chuwa (now deceased), a botanist from the Kilimanjaro Region of Tanzania, and James Harris, a woodturning artist from the USA. They were brought together by a television program produced by the BBC in 1992 entitled “Mpingo-The Tree that Makes Music.” This documentary was the first to focus on Dalbergia melanoxylon, calling to the attention of the world community the significant threats to its future survival due to overexploitation and lack of adequate conservation measures to insure its conservation. The film highlighted Sebastian’s efforts to call public attention to the plight of the species in northern Tanzania, where it is commercially extinct, and documents his first nursery efforts to raise seedlings and replant the species in areas where it had once thrived. Showing Sebastian at the work of watering some of his first mpingo seedlings, he commented, “My 200 seedlings are obviously not enough to make much difference compared with what is being lost. But next year I hope to have 20,000 seedlings to plant. It is vital for me to act now rather than wait until the future when things have reached a crisis.” This paradigm has been behind the work of the ABCP ever since.

After seeing the program in the US, James contacted Sebastian by postal mail and suggested they coordinate a targeted program for the species based on replanting in its native range along with public education to raise awareness about its precarious conservation status. In 1996, the ABCP began operations by establishing a nursery called the Moshi Mpingo Plot in Mijongweni, south of Moshi, where Sebastian lived in rural Moshi near Sungu village. Since its founding the nursery has successfully produced not only thousands of mpingo seedlings each year, but other indigenous tree species as well, some that are important commercially and others that are used domestically. They have been replanted in locations that are protected from predators, like acreages surrounding schools, churches, private farms and public institutions. This website documents those efforts. 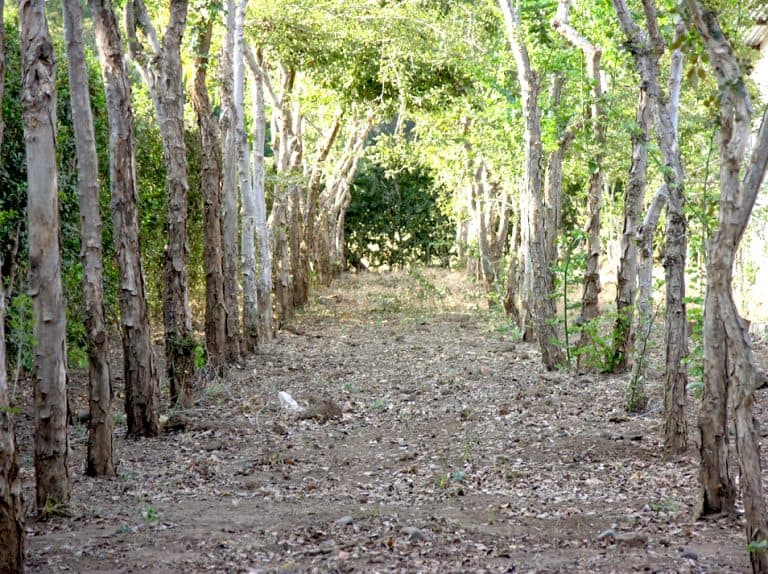 Mpingo Alley – Canopy of African blackwood trees planted on the grounds of the ABCP nursery.

Growing Mpingo at the ABCP nursery

Dalbergia melanoxylon has traditionally been considered a difficult species to germinate, cultivate and raise to maturity. This may be one reason there have been so few nursery efforts on its behalf. Through experimentation over a number of years, Sebastian devised a method of carefully choosing and planting mpingo seeds in seed beds for sprouting and then transferring them to pots until they reach an age, about 18 months, at which they have anchored a long taproot and are strong and drought resistant enough to survive on their own. Below are photos taken at the Moshi Mpingo Plot which show the steps taken to produce healthy seedlings.

The planting projects of the ABCP have been incorporated into an overall paradigm of environmental stewardship that includes replenishment of ecosystems, educational programs and economic empowerment where we work. Its tree seedlings are planted in carefully chosen sites that are climatically suited to the chosen species. For Dalbergia melanoxylon this is the lowland plains, where the arid climate is its ideal habitat. On Kilimanjaro, however, different tree species are needed on its moisture laden slopes and much attention has been given to replanting species for soil stabilization and water retention, essential components of a healthy ecosystem. Increasing population densities of the people who live on the mountain’s slopes has caused an historic reduction in water flow, affecting ecosystems hundreds of miles downstream. ABCP support of replanting and conservation education is training a generation of students in the proper care for their environmental resources, and its provision of valuable tree species is helping to provide support for the lifestyles of people in its targeted areas. Further information about conservation on Kilimanjaro can be found here.

Below are links that take you to additional information about the project – its location, history, awards received and archived newsletters since 1996.

ABCP programs are located in the foothills of Mt. Kilimanjaro, the tallest mountain in Africa.

Work of Sebastian Chuwa and the ABCP in reestablishing tree populations in Tanzania.

Foundation awards granted for the conservation work of Sebastian Chuwa and the ABCP.

Newsletters archive the history of the project and its work with community groups.

The ABCP is a US IRS non-profit 501(c)(3) organization which receives funding from foundations, concerned institutions and private individuals. All administrative costs of the project are covered by the US coordinators, who work on a volunteer basis. Consequently, 100% of funds donated are applied directly to the onsite work of the ABCP within Tanzania. 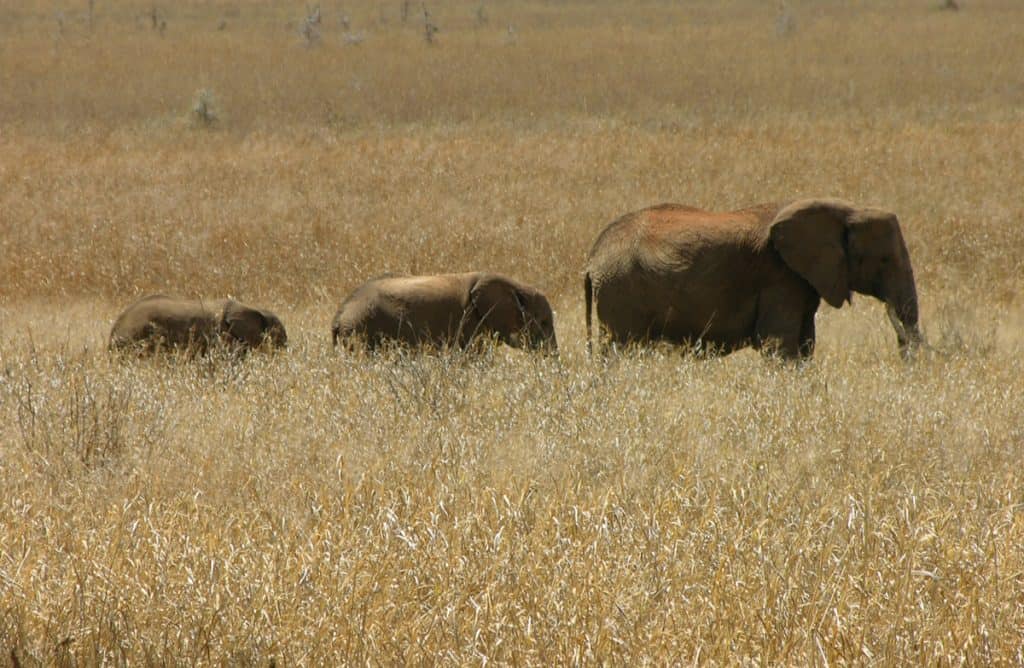