So That The Song Of The Tree Of Music Will Not Go Silent!

Implementing tree planting and conservation education programs in Tanzania since 1996

“My 200 seedlings are obviously not enough to make much difference compared with what is being lost. But next year I hope to have 20,000 seedlings to plant. It is vital for me to act now rather than wait until the future when things have reached a crisis.”
– Sebastian Chuwa, 1992.

Since 1996 the African Blackwood Conservation Project (ABCP) has been committed to replanting the tree species Dalbergia melanoxylon – more commonly known as grenadilla, African blackwood or mpingo (Swahili) – in its native habitat of eastern Africa. The wood of this tree, which is the national tree of Tanzania, has been treasured since antiquity for its elegant appearance and remarkable properties. Many exquisite furniture pieces made of mpingo have been recovered from the tombs and temples of the ancient Egyptians from as far back as 5,000 years ago, and it has been considered a precious species in numerous cultures around the world ever since. In modern times its primary uses are in the manufacture of woodwind instruments, the creative wood carvings of east African artists and the artform of Ornamental Turning. Many of its users consider it irreplaceable.

The heartwood of the mpingo tree derives its remarkable properties from its inherent oiliness, density, and tight grain. It is an extremely slow growing species, adding only an incremental amount of wood each year, and takes an estimated 70-100 years to reach harvestable size. Because of this, when there is excessive use of the species, far more is harvested than can be naturally regenerated. Although there is historical indication that the species was once quite widespread geographically, in modern times it is only available in commercial quantities in southeastern Tanzania and northern Mozambique. Although it is listed as ‘near threatened’ on the IUCN Red List of Threatened Species, this assessment has not been updated since 1998, and its current users think its conservation status may be far more precarious than this designation would indicate.

Since its creation, the ABCP has been dedicated to ongoing replanting programs for the species in northern Tanzania, an area in which it once thrived, but is now commercially extinct. In order to raise awareness about the international importance of the tree it has instituted educational programs and enlisted the assistance of other concerned conservationists, who have assisted in replanting efforts for the species. Through the cooperative efforts of schools, churches, municipal organizations and private landowners, the ABCP has distributed several hundred thousand mpingo seedlings from its tree nursery in Mijongweni, to the south of Mt. Kilimanjaro. In addition to African blackwood its nursery also supplies indigenous tree seedlings for domestic use to improve the standard of living in communities where we work and for environmental remediation in the Mt. Kilimanjaro watershed.

Watch “The Tree of Music” Video

PBS video that first sounded the alert about dwindling numbers of African blackwood and the threats to its future. Shows its use by woodwind producers and African carvers, and the early replanting efforts of ABCP founder, Sebastian Chuwa.

The most recent newsletter reports on ABCP activities during 2021, highlighting ABCP affiliated groups which are assisting in the replanting of Dalbergia melanoxylon. The ABCP Newsletter archive, which documents its history since 1996, can be viewed here.

Historical articles: Several in-depth articles containing historical facts and images pertaining to the African blackwood tree, tracing its trade, use, cultural importance and historical renown through the past five millennia. See:
• “5,000 Year History of Dalbergia Melanoxylon” – traces its international importance as a highly treasured species since the days of the Egyptian Pharaohs;
• “Makonde Art” – a history of the Ma
konde carvers of Mozambique and Tanzania;
• “Woodwind Instruments” – a history of the use of blackwood in the manufacture of musical instruments;
• “Ornamental Turning” – a history of use of the timber in a specialized form of lathework.

Review of the Literature: Report on the current conservation status of Dalbergia melanoxylon, including commentary and links to important trade studies that have been published by CITES, FLEGT, TRAFFIC, EIA and other oversight agencies during the past ten years. See: “Conservation Status of Dalbergia Melanoxylon in the 21st Century.”

See the ABCP-Swahili website created by Michael and Cyril Chuwa, our Tanzanian coordinators who manage nursery operations, educational outreach and seedling distribution for the ABCP nursery projects in northern Tanzania. The website is used as an informational outlet and a networking tool to communicate with the numerous schools and local institutions with which they work. 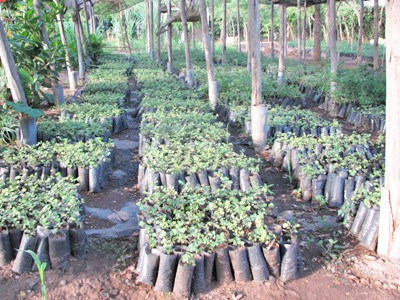 Documents the outreach of the ABCP, describing its nursery activities, its location at the base of Mt. Kilimanjaro, the history of its founding and newsletter archives since 1996. 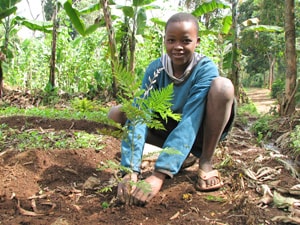 The ABCP staff in Tanzania and the US, and the school and community groups replanting trees and sponsoring educational activities for environmental conservation. 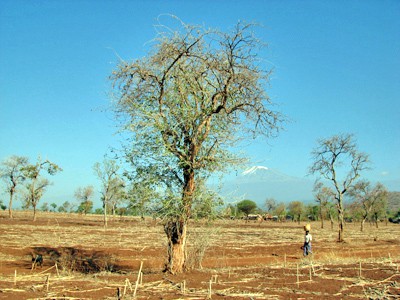 Discussion of the attributes and use of the tree, current scientific experimental studies, a 5,000 year overview of its historical use and its present conservation status.​

Read the stories of how Dalbergia melanoxylon has been used by woodwind instrument makers, African carvers and ornamental turners throughout the world.

The ABCP is supported by private contributors, foundation grants and is only possible because of the generosity and continuing endeavor of the people of communities within Tanzania who have willingly volunteered to help with its ongoing outreach in support of environmental conservation.

During the past two years the ABCP has been fortunate to have the support of a number of the world’s leading manufacturers of professional woodwind instruments. Each of these companies relies on the outstanding characteristics of the African blackwood tree, in the manufacture of certain of these instruments. The organizations described below share an illustrious history in the development of the technology and artistry of modern wind instruments. The part that each has played in the unfolding of this history is described on the ABCP Woodwind Instruments page and can be read there. We appreciate and acknowledge the crucial support extended by these companies in their efforts to ensure a secure and sustainable future for the Tree of Music

Buffet Crampon was founded in 1825 by a family that has been responsible for some of history’s most far-reaching innovations for wind instruments. Today it remains a world leader, carrying on the tradition of technical and acoustical excellence which has been its heritage for almost 200 years.

Since its founding in 1890, the CSFI has brought together and advocated for the interests of French companies and craftspeople that manufacture, distribute and export musical instruments and accessories. It has been active in informing its members about the work of the ABCP and soliciting their support.

Henri Selmer Paris is a family-owned enterprise founded in 1885 which produces professional woodwind and brass instruments, specializing in clarinets and saxophones.

F. Lorée is a woodwind manufacturer established in 1881 that specializes in the oboe family line of instruments, producing both professional and student models.

Marigaux, also known as SML for its founders Strasser, Marigaux and Lemaire, is a French manufacturer of professional oboes that was founded in Pairs in 1935.

Below are other instrument groups which are supporting the work of the ABCP. 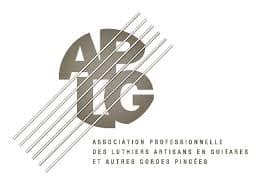 The APLG is a French professional association of about 80 artistic luthiers, some of international renown, who create plucked string instruments. It was founded in 2013 by several artisans willing to share their energy and knowledge in order to improve together their capacity in the production, maintenance, repair and restoration of instruments, as well as their knowledge of materials and accessories relating to stringed instruments. It also includes members of partner professions – wood suppliers, accessory specialists, technical specialists in the acoustic sciences and musicians and lovers of the handmade guitar. Its objective is to spread information about the nature and diversity of its members’ skills. 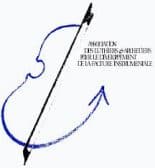 ALADFI is an association of violin and bow makers dedicated to sharing knowledge related to improving excellence in the construction of new instruments as well as the restoration of antiques. It also presents educational programs to encourage music education.

UNFI is an association of instrument makers founded in 1982 with the objectives of restoring antique musical instruments and re-creating traditional instruments that have fallen into disuse. With current technologies its members are creating a modern database that will facilitate these objectives.

Other group sponsors of the ABCP

ChiaoGoo is a family-owned knitting tool brand known for its premium quality, functionality and attention to design detail. We are proud to support the ABCP and introduce knitters to its conservation efforts. 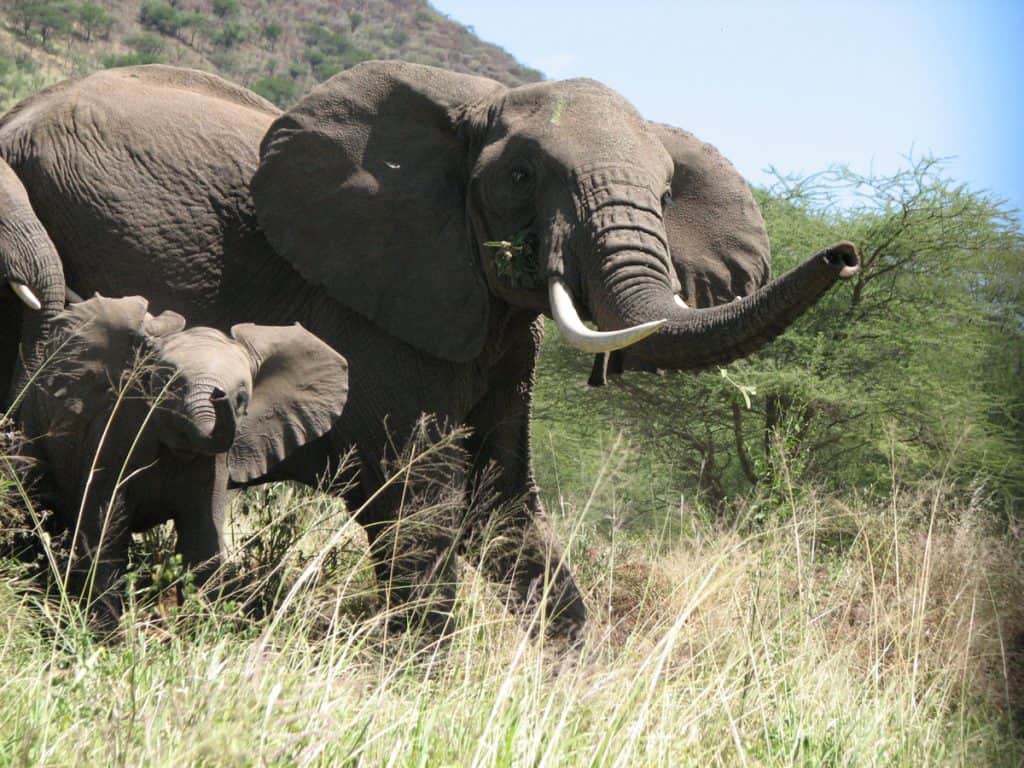