Over a million people live on the lower slopes of Mt. Kilimanjaro. Since they derive their livelihoods from the mountain, ecosystem renewal and revitalization are of primary concern to all these inhabitants.

The ABCP has contributed to reforestation efforts on Mt. Kilimanjaro, because of its vital importance to the ecology of the surrounding region. ABCP trees are being planted by people around their farms and homes for ecosystem protection and livelihood improvement. Fast growing fuel wood trees help women conserve time and energy. Food, medicine and lumber producing species protect families from spending money on these domestic products.  Valuable commercial trees that have been over harvested are replaced.

Many ABCP educational programs have been in schools on the mountain, where students are being taught that conservation of biodiversity, control of pollutants, and sustainable use of natural resources affect a larger group of people than merely their own family and neighbors. They are being made aware that they are caretakers of one of the nation’s most important ecological treasures. These young people are learning horticultural skills and taking direct action by replanting and distributing species that will help solve multiple problems in the life-sustaining watershed. They are organizing field days to plant trees along stream banks that have been denuded in order to protect them from excessive runoff. They are replanting burned out and overcut areas to stabilize soil and prevent further erosion. All of these efforts are contributing as well to the international movement to plant trees for carbon sequestration in order to offset the effects of greenhouse gas emissions. Below is a description of Mt. Kilimanjaro, discussing the vital role that it plays in the ecological and economic life of the people of Tanzanian.

Mt. Kilimanjaro is Africa’s highest mountain, and the highest free standing peak in the world, rising to 5,895 meters from a semi-arid plain. Because of its rare and endemic flora, which includes over 1800 species of flowering plants and 700 species of lower plants, it has been designated a World Heritage Site. Additionally, it is part of the ecosystem comprising the Eastern Afromontaine Biodiversity Hotspot, as designated by Conservation International.

It is said that mountains are the water towers of the world, attracting rainfall and sequestering moisture during wet seasons to slowly dispense into surrounding lowlands when the weather turns dry. Their ability to attract and retain moisture is vitally dependent upon the health of their forests. In Africa, where water is scarce and soil is often thin and deficient, mountains are crucial. In many countries they are the primary agricultural areas because of their rich soil and abundant rainfall. In Swahili, the very words for mountain and agriculture derive from the same root. With the widespread deforestation now occurring throughout the world, rivers and streams that are dramatically decreasing in flow are giving us an ominous hint that we should take another look at the ill-effects of deforestation. The loss of water sources affects large populations of mountain residents, as well as farmers and townspeople living downstream, who need the water for domestic uses and farm irrigation. Additionally, hydroelectric plants located on mountain-fed rivers depend on a steady flow and cease to produce when water flow slows too dramatically.

Kilimanjaro lies just 3 degrees south of the equator. Early European explorers were astounded to see a snowclad mountain in the tropics and the veracity of their claims was doubted for many years within Europe. In modern times it is one of Africa’s most popular tourist destinations, with over 100,000 tourists, porters and guides every year attempting the climb to the summit. But Kilimanjaro is more than a destination for the mountain climbers of the world. What most people do not know about the mountain is that it is one of the most productive agricultural areas in Africa. Over a million people live on its lower slopes, taking advantage of its rich volcanic soil and abundant rainfall. Over the centuries people of the Chagga lineage, who live on Kilimanjaro, have evolved a unique multi-storied farming system. On the same plot of land they grow a variety of food crops and hardwood trees, combining commercial crops such as coffee, which needs shade and wind protection, with banana and overstory trees that protect the coffee trees. Such diversity reduces vulnerability from crop failure by offering alternate food and livelihood sources. Since before colonial times, a cleverly constructed irrigation furrow system has served to deliver water to the smallholders who live on the mountain.

When Europe laid claim to most of Africa in the late 1800’s, its settlers on the continent particularly sought out the most productive areas for their own uses and Mt. Kilimanjaro was considered a prize. Because the climate is ideal for growing coffee, large areas of its southern (rainy) slope were converted to coffee plantations and coffee quickly became a primary export crop in the region. The local Chagga were forbidden by the Europeans to grow the crop for fear of competition, but because they are an industrious and resourceful people, some of the Chagga determined that they would themselves share in the monetary gain from coffee production, and so smuggled in seeds and started plantations of their own. In 1924 they formed Africa’s first international marketing cooperative, the Kilimanjaro Native Cooperative Union (KNCU), which has been very successful in finding international markets for Kilimanjaro coffee. It still operates today, with 92 local coops and over 80,000 members. This cooperative became a highly profitable venture, leading to the development of a cash economy among the local people.

Yet in a nation in which over 80-90% of the populace are farmers, and in which irrigation, mechanization and chemical inputs are costly and sparingly used, it can be a risky strategy converting to non-food crops and entering into a cash economy. During the late 1960’s and 70’s, the Kilimanjaro Region (and Tanzania as a whole) suffered a succession of severe declines and outright disasters. Coffee trees were old and also became prone to Coffee Berry Disease (CBD) and Coffee Leaf Rust (CLR), resulting in losses of 50-90% of the crop. World market prices for coffee also declined, leading to multiple woes for coffee farmers. In 1972-74 a severe drought led to widespread poverty, child malnutrition, and starvation. In addition to this, the oil shocks of the 1970’s and Tanzania’s war against neighboring Uganda’s dictator Idi Amin depleted national wealth and increased levels of poverty throughout the young country (independence established in 1961).

As a result, people turned to alternate means for gaining the cash income upon which they had come to rely, primarily tree harvesting and land clearing for growing alternative crops. Many important commercial tree species grow on Kilimanjaro and harvesting of these with no programs for replanting has led to widespread deforestation, causing a multitude of attendant problems, such as widespread erosion and loss of topsoil, decreased water flow in rivers and streams and loss of wildlife habitat. Pesticides that were introduced to attack CDB, have subjected the ecosystem to large amounts of chemical pollutants, causing loss of biodiversity and soil fertility, and affecting water users on the mountain and downstream as well.

Today the people of Kilimanjaro Region are suffering the results of these misfortunes and unsustainable environmental practices. Some all-season streams are dry part of the year and other seasonal streams have dried up completely. This, of course, has negative effects on agricultural activities all over the mountain, from coffee production to individual vegetable gardens.  Firewood on Kilimanjaro is increasingly difficult to procure. Since over 90% of energy use throughout Tanzania is based on wood products, trees are crucial to maintaining lifestyle. Women, who traditionally collect firewood, spend longer hours to secure the same amount of wood and many people use their precious hard-earned cash to purchase wood. Additionally, the population increase that is happening all over Africa is similar in Kilimanjaro and putting added pressure on available natural resources and arable land.

The mountain is important, not only to tourists who visit and farmers who live on the slopes, but to millions of downstream users. Runoff from Kilimanjaro supplies the Pangani River, which flows over 200 miles east to empty into the Indian Ocean. Water from the Pangani is an important and widely competed-for commodity in this rain-poor region. Usage of the river water by smallholders, high-usage large scale farmers, and domestic users along its length decreases river flow.

Besides farm and domestic users, the Pangani River also fuels a major national industry: electricity production. Three hydroelectric stations on the river operate downstream of Nyumba ya Mungu, a dammed reservoir south of Kilimanjaro constructed in 1965 by the government. They provide 17% of Tanzania’s hydroelectricity and depend on adequate water flow in the Pangani Basin. During the dry season, depletion of reservoir water can often reduce electricity production, resulting in blackouts and energy rationing. Scientists have noticed lessening flow during the past 15 years and during extreme drought conditions in the dry season the Pangani River has been known to completely dry up.

Whatever happens in upland watersheds has a tremendous impact worldwide and their health or destruction will have crucial wide-reaching global consequences. All of Earth’s rivers have their headwaters and origins in mountain ecosystems. Around the world they are home to 600 million people and the source of water for more than half the planet’s population. They are key to the hydrologic cycle, because they intercept air circulating around the planet and force it upwards where it condenses into clouds, which provide rain and snow. Mountain forests and soil store this water and release it slowly to downstream users, supplying moisture during times of drought.  Healthy forests are a key to maintaining this global hydrologic balance. Consequently reforestation in these vulnerable and vital areas is a primary way forward towards healing the earth and assuring a productive and sustainable future for those generations which are to follow. 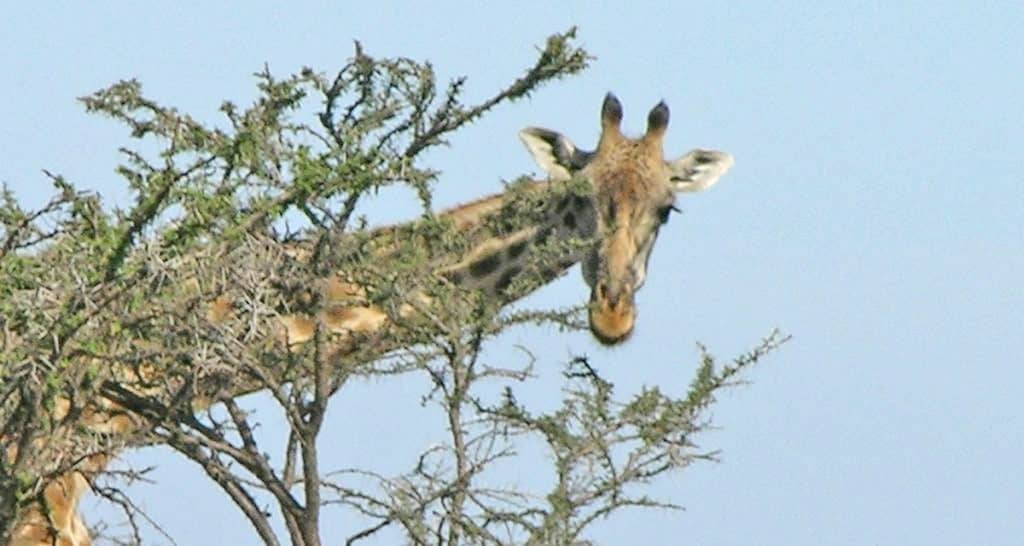