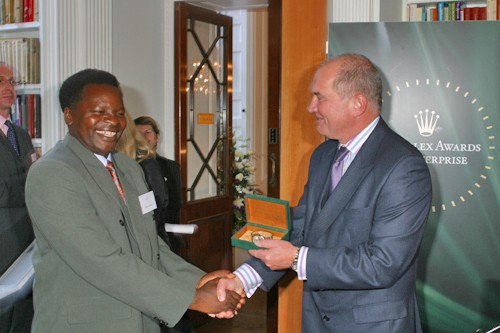 The Rolex Awards for Enterprise recognize groundbreaking projects in the areas of technology, science, the environment, exploration and cultural heritage. In 2002, as the result of an application submitted by the US ABCP coordinators, Sebastian Chuwa was chosen and honored as a Rolex Associate Laureate. The Laureates were selected from almost 1,400 applicants from 113 countries by an international panel of prominent scientists and explorers. Each of the five Primary Laureates received $100,000 and a specially inscribed gold Rolex chronometer at a ceremony in Tokyo. The five Associate Laureates each received $35,000 and a steel-and-gold Rolex chronometer at individual honorary events.

The presentation for Sebastian was held in the UK on November 6, 2012 at the Royal Institution of Great Britain. Speaking at the event was Baroness Susan Greenfield, a member of the selection committee for the 2002 awards. Discussing the award applicants, Baroness Greenfield said: “As a judge for this year’s awards, I was inspired by the caliber of the projects and encouraged to see the spirit of enterprise so alive. The recognition and financial support that Rolex gives is often critical to seeing new ideas become reality. In so doing, I believe it to be one of the most constructive corporate philanthropic programmes I’m aware of.”

Baroness Greenfield continued: “I am delighted that the Royal Institution is acting as host to this event because the aim of the Awards is so complementary to ours.”

With funding from the Rolex Award, Sebastian was able to purchase a Toyota Land Cruiser, a vehicle which significantly extended the scope of his nursery activities and community outreach because he previously had to rely on rental or borrowed vehicles. The Land Cruiser allowed him to transport materials more easily and visit schools over a wider area in order to set up youth conservation groups and establish school nurseries for environmental conservation.

The funding also provided for the building of a new nursery structure at the Moshi Mpingo Plot, one that can accommodate the planting of 50,000 seedlings, thereby increasing its former capacity of 25,000 seedlings to 75,000 tree seedlings. He was also able to help Maasai villagers west of Moshi with funding to construct a nursery shelter to set up tree planting programs in their area.

Each of the award-winning projects was studied and discussed by an independent voluntary jury, the 2002 Selection Committee, ten experts whose own spirit of enterprise is exemplary. “The jury members were particularly sensitive to environmental issues this year,” reported Mr. Patrick Heiniger, Chief Executive of Rolex. “They were impressed by the importance the winning candidates placed on local people living and working in harmony with nature in order to ensure sustainable development.” The 2002 Selection Committee comprised an impressive and diverse mix of individuals, including explorers, environmentalists, anthropologists, architects and scientists – all leaders in fields that reflect the Awards’ categories.

The 2002 Selection Committee comprised an impressive and diverse mix of individuals, including explorers, environmentalists, anthropologists, architects and scientists – all leaders in fields that reflect the Awards’ categories. In April 2002 in Geneva, this panel met under the chairmanship of Rolex Chief Executive Officer Patrick Heiniger to evaluate the projects and choose the Laureates and Associate Laureates of the Tenth Rolex Awards for Enterprise.

Juan Luis Arsuaga has been at the forefront of international human palaeontology research for more than 20 years. As co-director of the Atapuerca Research Project in northern Spain since 1991, he has played a key role in two of the most significant archaeo-palaeontological finds of the 20th century. These are the discovery of Homo antecessor, 800,000-year-old hominids believed to represent a new human species; and the world’s largest collection of hominid fossils, including some 30 complete skeletons about 300,000-years-old. Dr. Arsuaga, a professor of human palaeontology at Complutense University in Madrid and a visiting professor at University College London, is a prolific writer whose 1998 publication, Atapuerca: One Million Years of History, won a prize as Spain’s most popular scientific book.

Celebrated French alpinist and explorer Laurence de la Ferrière has spent the past two decades pitting herself against nature. In her quest to scale the world’s highest peaks and traverse polar deserts, de la Ferrière has set several records. She has twice broken the women’s world record for altitude without oxygen and in 1997 she became the first French person to reach the South Pole alone. She then wrote a book about the expedition. One of the explorer’s most outstanding exploits was her 58-day, 3,000-kilometre solo crossing from the South Pole to Dumont d’Urville in Adelie Land, for which she was commended for her courage and contribution to science by French President Jacques Chirac. More than half of the grueling trek covered unexplored terrain.

Dr. Laila El-Hamamsy has devoted her life to championing women in developing countries as well as to helping preserve the environment and control population. Over the past quarter-century, she has served as director of the Social Research Center of the American University in Cairo, where she is currently professor emeritus. El-Hamamsy’s work for the United Nations Research Institute for Social Development and UNESCO’s International Bioethics Committee are only two of her many accomplishments on behalf of the UN. Today, Dr. El-Hamamsy is also a member of Egypt’s National Bioethics Committee, the Committee on Genetics and Ethics of the National Specialised Science Council and the World Society of Ekistics – the study of human settlements.

Baroness Susan Greenfield, CBE, is renowned for her groundbreaking studies of the brain and human consciousness and for her efforts to cure neurodegenerative disorders. A professor of pharmacology at Oxford University and a fellow in medicine at Oxford’s Lincoln College, she was recently made a politically independent peer in the House of Lords. Baroness Greenfield’s appointment as the first woman director of the 200-year-old Royal Institution, and her 1998 Michael Faraday medal from the Royal Society further attest to her position as one of Britain’s most influential scientists. She is also widely known for her popular books, newspaper columns and television programmes about the brain, which help fulfil her desire to make science exciting and accessible to the public.

Singapore’s swiftly changing face owes much to Liu Thai Ker. The architect-planner and environmentalist has greatly improved living conditions in Singapore, in particular spearheading the growth and changing role of public housing during his 20 years with the Housing and Development Board, including 10 years as chief executive officer. Liu’s visionary yet pragmatic approach to planning and conservation was further demonstrated during his years as head of Singapore’s Urban Redevelopment Authority and continues today at the architectural, planning and engineering firm which he directs. For Liu, born into a family of well-known artists, cultural development and a vibrant economy are linked. As chairman of the National Arts Council, he is helping Singapore to become a cultural centre.

Visionary architect Fumihiko Maki is dedicated to creating innovative buildings that meet human needs while capturing the spirit of time and place. During more than three decades as principal of Maki & Associates, the former architecture professor has been responsible for a range of international projects reflecting modernist influences and a fusion of Asian and Western cultures, a result of his years of studying and working in Japan and abroad. Emblematic of this style is the Hillside Terrace Apartments and Hillside West project, considered one of the greatest architectural achievements of post-war Japan. For this building complex and other structures, Maki was awarded the coveted Pritzker Architecture Prize and the Japan Art Association’s Praemium Imperiale Award for the development of international arts and culture.

Professor emeritus Chie Nakane has spent a lifetime investigating and chronicling Asian societies, including those of Japan, India, China and Tibet. Today, the focus of her work concerns comparing social structures as well as tackling issues faced by developing countries. Prof. Nakane’s incisive study of Japan is presented in her seminal book, “Japanese Society”, which offers an insight into Japanese society and its organisational structure. The respected scholar and social anthropologist became the first woman professor at the University of Tokyo in 1970 and, to date, is the first and only woman member of the Japan Academy. A 1987 recipient of the prestigious Japan Foundation Award for her research, she is also an honorary member of the Royal Anthropological Institute of Great Britain and Ireland.

Always ready for a challenge, Dr. Oscar Rodriguez set out on a lifetime of adventure, scaling the world’s highest peaks, diving, cycling and parachuting. The sports physician, a world-famous explorer, writer and photographer, became the first and, to date, only Latin American to appear twice in the Guinness Book of Records for his two record-breaking marathon cycling expeditions in Mexico. He was also the first Mexican to reach the summit of Aconcagua, the highest mountain in the Americas, and to cycle around it on a mountain bike. When not on expeditions, Dr. Rodriguez teaches and lectures on such diverse subjects as the benefits of cycling and mountain climbing and the dangers of drug abuse.

Dr. Anatoly Sagalevitch has spent thousands of hours underwater exploring the ocean depths. The eminent oceanologist and his international team of scientists have journeyed to depths of more than 6,000 metres on board the twin MIR submersibles which he helped design for the P.P. Shirshov Institute of Oceanology of the Russian Academy of Sciences where he has worked for 36 years. Dr. Sagalevitch currently heads the Institute’s Laboratory of Manned Submersibles and is chief scientist and expedition leader on board the MIR support vessel. His numerous scientific and technical missions have broadened knowledge of the world’s oceans. These expeditions include studying hydrothermal vents and, recently, investigating the wreck of the Bismarck. Dr. Sagalevitch and his crew also assisted in the filming of ‘Titanic’.

From an early age, Dr. Neil de Grasse Tyson was fascinated with the cosmos and began learning about astronomy at New York’s famed Hayden Planetarium. Today, he is the Frederick P. Rose director of the Hayden Planetarium and one of the most visible and respected scientists in the United States. In addition to conducting research in dwarf galaxies, exploding stars and the evolution of the Milky Way, Dr. Tyson is a visiting research scientist and lecturer in astrophysics at Princeton University. The well-known astrophysicist helps to demystify science for the general public through his frequent television appearances, lectures, monthly columns and books. He is particularly dedicated to educating New York’s disadvantaged schoolchildren who he hopes will “become participants in cosmic discovery”. 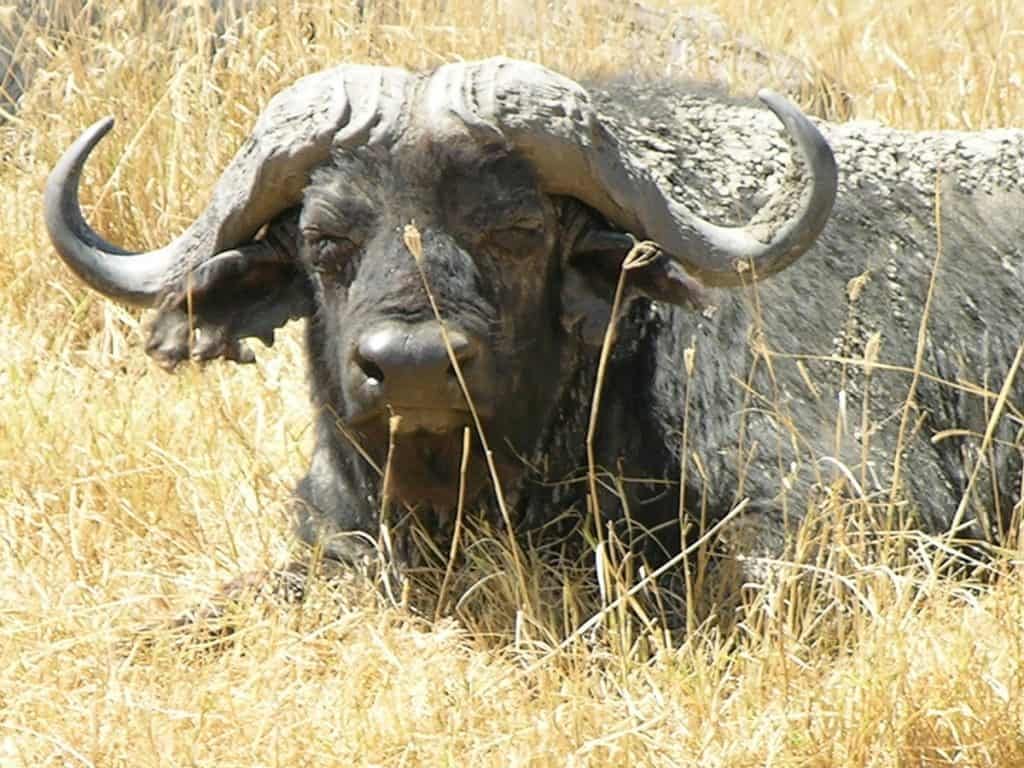